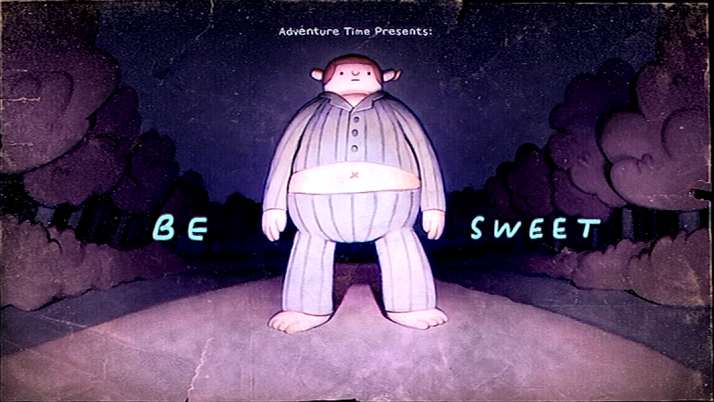 Season six has certainly not been kind to LSP’s character. The Prince Who Wanted Everything was another example of the series using her extreme vanity as a cheap way to garner laughs, while Princess Day was a thoroughly unpleasant experience that focused on Marcy and LSP at their absolute shittiest. Be Sweet, on the other hand, is a refreshing visit from her character that poses similar attributes to the season five episode Bad Timing. Be Sweet doesn’t shift LSP’s character around to make her feel more sympathetic, but it uses her vanity and obnoxious behavior to help elaborate on the true insecurities that are hidden inside of her.

Though LSP’s behavior is obnoxious throughout the episode, as expected, there’s something about her demeanor that makes me actually enjoy it rather than deplore it. I sort of like her taking in the luxuries of having a small house to enjoy her time in, even if that means she’s abusing her power as a babysitter to do so. It doesn’t really make her behavior likable, but at the very least, enjoyable. It’s fun to also see how Tree Trunks and Mr. Pig react to said behavior, as they’re actually depicted as pretty competent parents in this episode! I didn’t think they were necessarily bad parents in Gold Stars, but their belief that Sweet P. should be left alone inside their house simply because he was doing good was based entirely in ignorance for themselves. It seems they learned their lesson after presumably learning the truth about the one true King of Ooo, and thus decided to get a babysitter, even if that meant it was LSP. I thought Tree Trunks’ explanation of how she says goodnight to Sweet P. in general was just adorable; even in utter stupidity, Tree Trunks is still a delightfully caring person. And as if The Pajama War didn’t feature an angry enough Mr. Pig, this episode has him shoot absolute death glares at Lumpy Space Princess. I seriously don’t think there’s a single storyboard artist on the show who draws Mr. Pig funnier than Somvilay.

Sweet P. is also a delight in this one, and much more enjoyable than in his previous appearance. This episode really ups the humor with his character by making some really terrific sight gags with just how large he is, along with audio gags as well. The fact that Sweet P. stomps every single time he takes a step is, for some reason, really hilarious to me. I dunno, it’s just really enjoyable watching this really cute child character within the body of a giant, monstrous form, and I think Be Sweet has a lot more fun with it than Gold Stars did. This one also plays with his creepiness too, using it for humor, as well as playing it straight forward when necessary. I like that, even without knowing that Sweet P. is the Lich, the candy citizens are genuinely terrified by his appearance. I criticized Ethan Mayer’s performance as Sweet P. in my review of Gold Stars while also acknowledging that he’s a child actor and it’s really not his fault, but I think the wooden nature of his performance actually contributes to Sweet P.’s deliveries in this one. It allows for lines like “will you be sweet to me?” to capture the essence of cuteness, humor, and absolute terror, all in one line that isn’t really supposed to be taken exactly one way. It’s pretty nice and I think it adds a lot to Sweet P.’s character in general: he can evoke a lot of different emotions all at once. 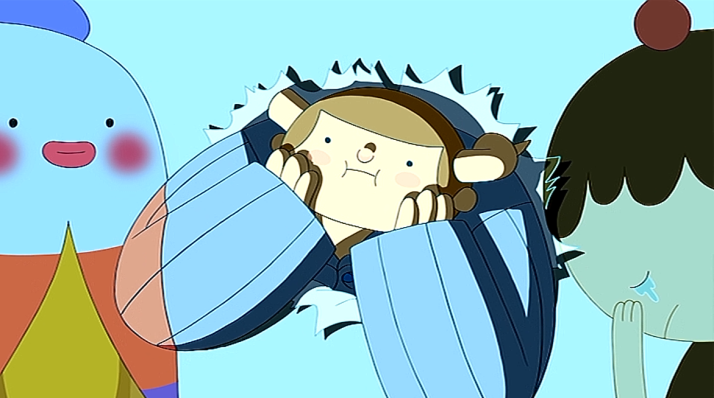 Back to the LSP side of things, it continues to be enjoyable to watch her soak in the simple joys of living, and also nice to see that she still remains in touch with Marceline! I know most people probably hated this bit, but I loved watching Marceline pick bugs out of her navel. I feel like it’s a friendly reminder that she is a demon and a vampire, after all, and probably doesn’t live the most sanitary life. I mean, we have seen her pick her nose, after all. But it’s nice to see her spending her private time taking care of that sort of thing. I’m sure PB wouldn’t be happy with a navel filled with creepy crawlers.

The episode becomes really intense and interesting once the raccoon who was seen at the beginning of the episode enters Tree Trunks house, and starts muttering insults at LSP. Of course, it’s clear that the raccoon isn’t actually talking, and that LSP is merely projecting her own thoughts and envisioning it as the words of the raccoon. For LSP, the raccoon represents her at her absolute lowest, being forced to live in the woods in the absolute lowest of conditions possible, and a reminder that it is the life she leads. The words that LSP imagines the raccoon speaking are representative of the idea that she is afraid that she doesn’t deserve good things in life, and that that’s she’s nothing more than just an animal herself. The confrontation is pretty emotionally intense, and characterizes that sympathy I mentioned earlier. Though LSP put herself in a position where she’s abusing the nice things given to her, she isn’t able to fully enjoy them, simply because she intrinsically believes that she doesn’t deserve nice things. Even through her own vanity, LSP is deeply insecure and as judgmental of herself as she is with other people. The raccoon even utters, “just accept that you’re garbage,” meaning that LSP wants to believe that she’s a good person and that she has a greater purpose in life, but is constantly brought down by the idea that she is nothing more than a useless hobo. It propels her to do the first selfless thing she’s done in the entire episode, which is to find Sweet P. somewhere in Ooo. It’s another instance of LSP technically being in the wrong, but I still care for her situation and hope that she is able to make things right. LSP is at her best when she is faced with these insecurities, because she’s able to come up with legitimate reasons as to what does, or what will, help her to be a better person. When she finally does reunite with Sweet P., it makes for a cute and endearing scene that shows that Lumpy Space Princess did actually pay attention to Tree Trunks’ words, even if it was implied she didn’t, and Sweet P. seems legitimately content and happy with her treatment. Considering that the root of all evil is contained within Sweet P., this could have ended much, much worse. 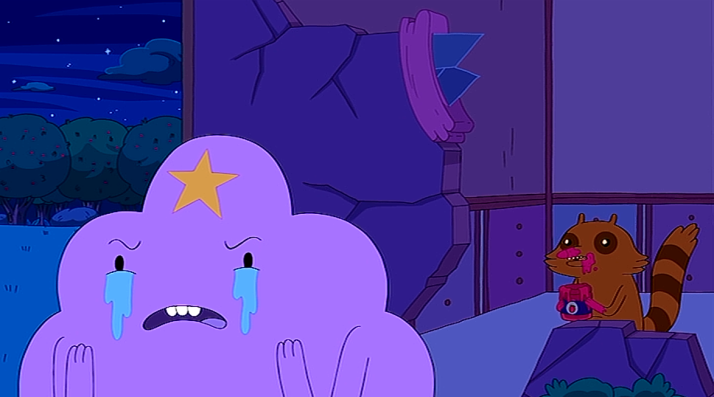 The main story ends on an appropriately hilarious note, because even though LSP did manage to successfully rescue Sweet P., she also ruined Tree Trunks and Mr. Pig’s entire house in the process. And to cap it all off, LSP even thinks that she deserves to raise Sweet P. on her own, and is appropriately kicked out. Again, the episode manages to give depth to LSP’s character without necessarily sacrificing who she is, which makes for some truly potent moments, as well as hilarious. And, as she returns to her former state, she does slightly accept her role as Ooo’s most prominent hobo by partaking of the chicken she sought to resist. Oh, LSP.

This episode is pretty solid on all levels. Has a good jumble of funny moments, and expands on LSP’s character in all the right ways. After an entire season of some truly deplorable LSP entries, it’s nice to have this one that does something legitimately meaningful and telling with her character. Despite my overall mixed feelings about his character, it’s also nice to have Sweet P. back again, and this time his connection to the Lich is barely even elaborated on. Though it’s primarily what makes Sweet P. interesting, it is cool to feature his character being able to just breathe and be (somewhat of) a normal child for once. He is able to have that genuinely chilling moment at the end, as we learn that the catalyst comet is closer than ever, and that it will be converging with Ooo very shortly.