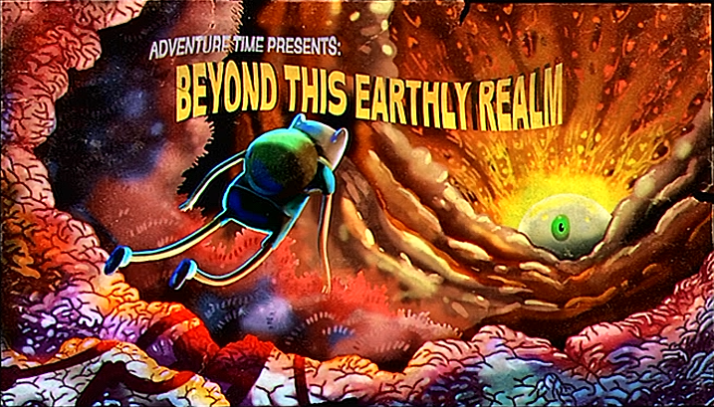 Beyond this Earthly Realm isn’t as heady as the last one, but it’s pretty freakin’ cool. It’s a simple story equipped with an even more simplistic B-plot: Finn and Ice King have to team up after Finn enters some sort of spirit realm, and Jake just misses his buddy while he’s gone. These two stories are pretty basic and nothing new, but they’re carried largely by just how enjoyable it is to watch Ice King and Finn’s budding friendship, as well as the awesome visuals that support the plot. 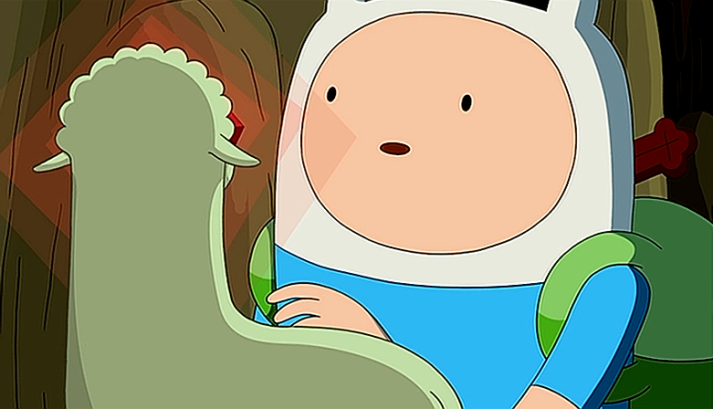 The entire episode is coated in an orange-red filter that looks really artistically pleasing and interesting, while dozens of awesomely designed creatures roam the spirit world. They’re certainly not as funny or unique as some of the demons of the Nightosphere, but every creature has its own individual design that ranges from creative to inherently gross. I really love how a lot of the side monsters or creatures in AT look like they were developed from a notebook doodle, as a good chunk of them were. It really adds that bit of likability to them, even the one that diarrheas and vomits at the same time. Yuck.

Finn’s connection to the Ice King in this episode makes me feel all warm and fuzzy. He obviously doesn’t like that he has to deal with Simon (yes, I did love that name drop), but I do appreciate the level of patience and acceptance he has with the old coot. Instead of being angry or inflicting violence on the Ice King when he realizes he’s been lied to, Finn simply states “I’m gonna re-open the hole.” It’s a great “fuck this” reaction, but also pretty telling that Finn simply just wants to punish the IK for his behavior rather than necessarily hurt him. It makes the connection between the two seem much stronger, and shows us how far they have come. It’s just really sweet to see them working together once again, which we legitimately don’t get to see again for another three seasons or so. I suppose if we got these types of episodes a lot they wouldn’t be as special, but their dynamic, especially when it comes to common goals, is just a ton of fun. 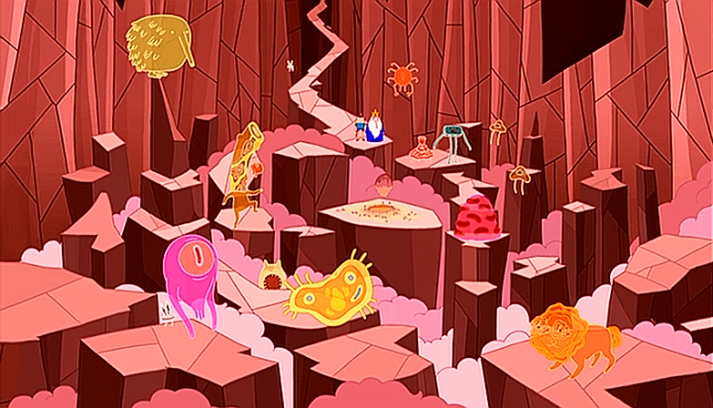 There’s great moments between the two, such as the implication that Ice King regularly lies to Gunther and claims that him and Finn are hanging out, which is both hilarious and somewhat heartbreaking. Ice King trying to be cool by deeming them “turbro…turbo-bros” is a nice overly long gag as well. There’s also some nice individual moments, including Ice King’s description of the spirits that ends with a solemn, “… I hate them.” This story stemmed from Ice King’s brief mention of wizard eyes in Mortal Recoil, and both episodes emphasized what a taxing issue it is for ol’ Simon to be experiencing hallucinations 24/7. It’s very amusingly tragic, and it really helps you emphasize with the circumstances of his condition that he himself isn’t even comfortable with. Finn’s reaction to the contents of the portal is a funny callback to the beginning, where instead of being treated to anything too expository, we just simply get Finn’s utter confusion with his surroundings to help inform us of what’s going on.

I especially like Jake’s subplot as well. It isn’t heavily focused on, but man, there’s some legitimate melancholy when it comes to Jake’s behavior. It’s sad seeing the guy so torn up over losing his friend, along with his efforts to bring him back which Jake probably knows won’t work. I really sympathize a lot with him in these bits, and even though we obviously know Finn’s going to return by the end of the episode, it’s still sad to see Jake so torn up over the disappearance of his brother, and the in-universe reality that he may not be able to get him back. 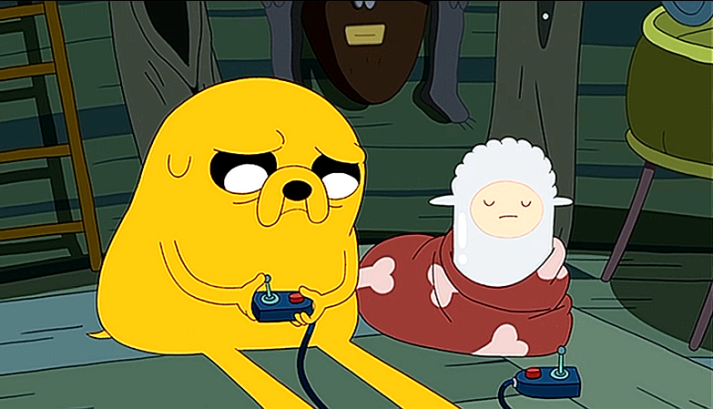 The conclusion involves a pretty trippy breaking-the-fourth-wall moment that definitely has me believing that Ice King still has aspects of Simon deeply embedded in his subconscious, though this is likely no surprise. Finn symbolically refers to him by name a bit earlier on, and his long, open-ended speech about the basis of television have me thinking that Simon’s existential and scholarly personality still play a part in Ice King’s everyday life, whether he knows it or not.

There’s a couple of inconsistencies in this one, mainly the idea about what the spirits can touch and whether they can be touched or not. Like, there’s bits where Finn is able to sit on the couch or a tree branch, but he isn’t able to feel BMO or Jake? And then there’s the scene where Ice King says he isn’t able to touch the spirits, but immediately swats one off  of him afterwards. It’s brief moments like this that make me kinda question how the Spirit World works and what limitations it has, but ultimately don’t tarnish the experience as a whole. 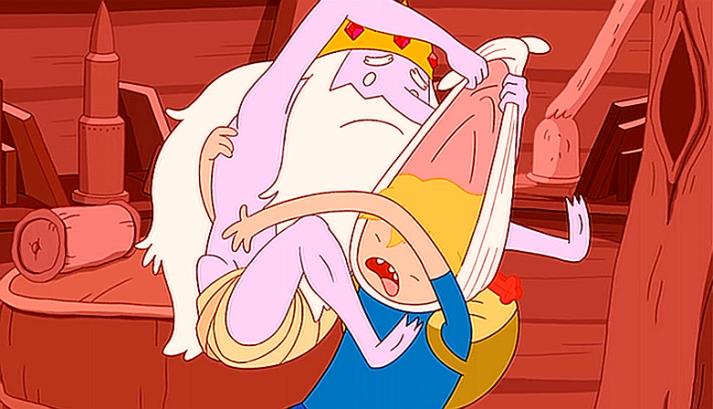 And I truly do enjoy this one. Like I said, there’s nothing mind blowing or especially hilarious about it, it just does what it set out to do so well that it ultimately ended up being a great one for me. Lots of nice visuals, character interactions, an entertaining adventure, a pretty dope musical score, and the compassionate connection between our main characters. What more could ya ask for in an episode of Adventure Time?

And holy shit, have you guys ever seen the lyrics of BMO’s spider song?

Cry cry cry cry goo ga goo.
Oh me, oh my, eyes are raining too.
The first spider drowned, he was never found.

The second spider cried till he died,
But the babiest of all splashed and had a ball.

He grew up very tall and lived inside a wall.
Sometimes the sun shines even on baby spiders and you!

A pretty God damn dark version of Itsy Bitsy Spider, if ya ask me!

Favorite line: “Now you’re trapped, and only I can see you. So if you want friends, this is it, pal!”