Princess Bubblegum’s character probably gets the most dedicated exploration out of any other character in the series. Segments of Marceline’s life remain hidden, Finn and Jake’s early childhood into their adolescence are barely touched on, and Simon’s backstory is pretty limited to just before he actually came into contact with the crown. Granted, this isn’t a bad thing. I actually prefer not knowing a good amount of Marceline’s past history, among other characters. I do feel that it is warranted that we learn so much about PB’s backstory – she had a crucial role in developing the world of AT as we know it. Bonnibel Bubblegum is about just that: how the Candy Kingdom came into to fruition and how she took on the role of a leader. It also serves as a way of further fleshing out Uncle Gumbald’s character, and his past history with his essential “niece.” Bonnibel Bubblegum ends up being a decent bit of world-building, but it is one of those examples of an episode that’s probably too short to live up to its full potential. 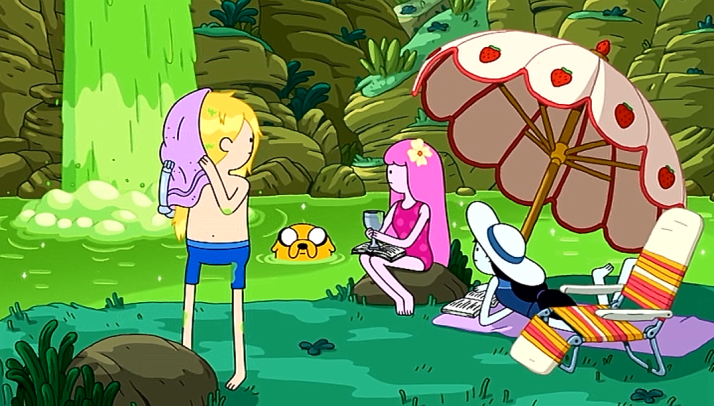 A chunk of the main characters hanging out at the beginning of the episode was purely delightful. I really love how this is one of those few moments in the show (at least in recent history) where the characters are able to hang out outside of a plot related scenario. I mean, yeah, the real reason Finn, Jake, and Marcy are there is to be a captive audience for Bubblegum’s story, but regardless, it’s always nice when the characters do feel like real friends outside of a writing perspective. They don’t really get to do much, but their few moments together provide for good fun. I continue to love Jake’s complete opposition to understanding the turmoil of others. He’s the only one of his friends entirely devoid of daddy issues… for now, at least. Such coaxing from her pals is what provokes PB to dive into her past, as we begin the flashback sequence with a solid minute of silence as we’re treated to visual splendor. This first minute is probably my favorite of the episode – the atmosphere is enjoyably eerie, made even better by a bizarre bit of score from Tim Kiefer that really sets the mood. I wouldn’t be the first to discuss the stellar background details within the gas station that PB explores, so I’ll briefly discuss my favorites.

PB’s entire design in this one is rad. I also wouldn’t be the first to say this, but it really reminds me of Rey’s get up from The Force Awakens. Honestly, that entire first scene does. It also helps that some nice visual tricks play a part in making it all the more stunning. I love AT‘s attention to detail with smaller occurrences, so I really love the way the dust particles are animated as sunlight beams through the window within the station. A similar bit of animation was included in Her Parents, and it looks great once more in here. Isabella Acres does not reprise her role as a younger PB, and is instead voiced by Livvy Stubenrauch, who previously voiced young Kara in Hide and Seek. But damn me if I even knew the difference, Stubenrauch does terrific! Every line that she carries out really feels like she is a younger version of PB. I know that’s in part thanks to the writing, but I really feel like Stubenrauch did her homework in capturing PB’s deliveries to a tee.

The relationship between Neddy and PB is once again irresistibly sweet. I do like the fact that, while she loves her brother, PB does acknowledge that she needs people like herself to feel more whole. This is where she conjures up the idea to make a family from scratch. It’s important to remember that even though I enjoyed the first chunk of this episode, it’s a bit time consuming. By the time Gumbald, Chicle, and Aunt Lolly are all “invented”, the episode’s already five minutes in. The series of events that follow end up feeling quite rushed as a result.

I’m not really sure I follow Gumbald’s entire “arc” within this backstory. Well, let me rephrase – I understand the intention, but the execution feels incomplete. Bonnibel Bubblegum is supposed to show how PB’s micro-managing of Gumbald led him to feel restrained and held back from his own potential, thus following his rebellion. However, the pacing makes his conflict way too glanced over before he basically turns to full-on villainy and greed. In fact, his plans kind of just make him seem like a less charismatic King of Ooo. He wants to build an entire city, along with apartments, but does that really make sense given the time period this is taking place in? I mean, the beginning of the episode stresses heavily that there’s barely anyone in the surrounding area and Gumbald doesn’t understand the act of creating lifeforms until he notices the candy fish, so who did he suppose was going to actually live in this city and help him become more prosperous? Maybe the idea is purposefully nonsensical, given PB’s perplexed reaction, but I dunno, seems like a lazy way to give Gumbald a motivation beyond just wanting to be independent. 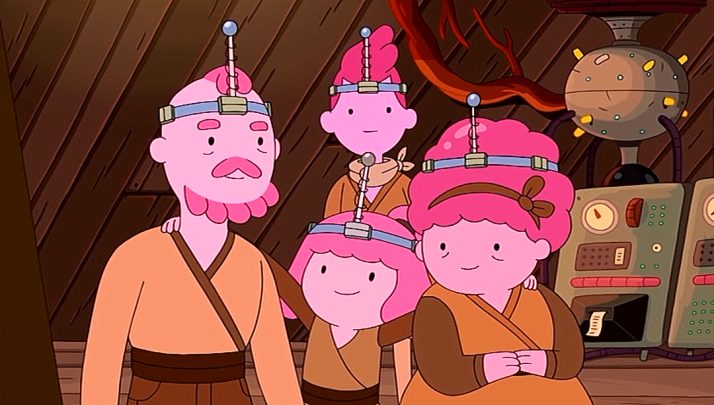 I’ll reiterate that I don’t really dislike what this episode is going for – I get it, PB and Gumbald are similar in their ultimate desire to control others, stemming from their denial to be controlled by anyone else. But it ends up feeling so hollow because Gumbald never feels like a empathetic character with reasonable goals. This episode ends up making PB too likable to the point where Gumbald’s motivation doesn’t feel fleshed out in the slightest. It isn’t until the series finale where this idea is explored in more detail, but by that point it feels too little, too late. And I know we’re not supposed to like Gumbald, but I think we’re at least supposed to understand him, and I don’t think I left this episode feeling like I learned that much about him. It also doesn’t help that the inception of Aunt Lolly and Chicle further complaints things. They’re two characters created to be Gumbald’s cronies, but they never really get a chance to come into their own either, which makes me wonder why Gumbald wasn’t just introduced by himself.

I do think the subtleties on PB’s part are handled well, however. Like I said, she isn’t that much different from Gumbald aside from a stronger moral compass overall; one of PB’s main flaws throughout the entire series is her controlling nature, which really starts to come out once her “family” is no longer able to think for themselves. It also ties in with the implication that she likely used the dum dum juice when creating her citizens, in order to assure that nobody would ever overthrow her within her position. It’s a pretty fucked up mindset, and I really wonder if this is the motivation that drove PB forward. I do like to think that her child self was innocent enough to just believe, “hey, this juice makes people way happier and less evil, so why don’t I use it when creating new Candy People?” It does open for an interesting discussion regarding how much free will the Candy People truly have by their own nature, to which I even feel could spawn a greater discussion on this blog later on. 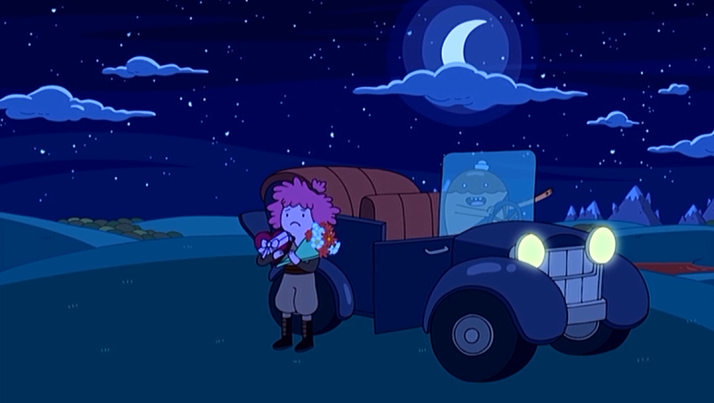 Bonnibel Bubblegum is riddled with a few other treats – Mr. Cream Puff returns as PB’s “boyfriend” in reference to the long-standing gag from the beginning of the series. I still feel like the brief mention in The Vault was enough to satisfy me, but this instance works as well. I do like how The Punch Bowl, Crunchy, and Manfried end up being these really profound and important characters through the events of this episode after years of just being goofy background props. Crunchy’s identity was actually cleverly foreshadowed in the past two episodes, where a missing sign with his image was seen in the background.

Bonnibel Bubblegum works at adding context to PB’s relationship with her uncle, but I don’t think it reaches its full potential because the central conflict isn’t really fleshed out. Gumbald’s inner turmoil is rushed along at the expense of what could have been a really nice exploration of the darker aspects of PB’s character that led to some of her less than fonder moments, but as is, their portrayal ends up feeling quite black-and-white. I know we learn more about Gumbald later on and context is added to his own fears and shortcomings, but since this is the episode that essentially establishes his place within this world, it does a middling job at making me feel pretty much anything towards his character. And for a character that ends up playing such an important role in the story within this season, that’s a bit of an issue.