“This cosmic dance of bursting decadence and withheld permissions twists all our arms collectively, but if sweetness can win, and it can, then I’ll still be here tomorrow to high-five you yesterday, my friend. Peace.”

This monologue is what spawned Adventure Time’s first bit of philosophy within the series. In general, it’s one of my all time favorite moments, because it combines everything I love so dearly about this show: the weirdness, passion, and beauty of the AT world and its characters. There have been plenty of different analyses and breakdowns of this bit of dialogue, primarily the concept of the social pressures of life and how they can restrict our moral compass and own desires from doing what we truly want. For me, it’s just a bit of beautiful nonsense, but that doesn’t undermine how terrifically it’s written, visualized, and acted. That’s Stephen Root playing the part of the crazy Tart Toter, and he’d later go on to voice Finn’s deadbeat dad, but that’s far down the road.

As for the episode itself, it’s a delightful little Finn and Jake adventure. Of course, the plot follows a predictable direction: a character tells the main protagonists not to fuck up or something bad will happen, the main protagonists fuck up, nothing bad happens. Of course, with any show, a predictable plot can be executed with just how well it’s written and the strength of the characters in focus. Finn’s determination to complete their job in regards to impressing Bubblegum is both sweet and unique. It adds an extra layer to how far Finn will go for her at this point in this series, as well as showing his desire for everything to go exactly as planned. His paranoia behind the success of his mission really shows how much he cares for PB from both a romantic and heroic standpoint. While Jake just simply is along to crack jokes and keep the atmosphere light for his friend. 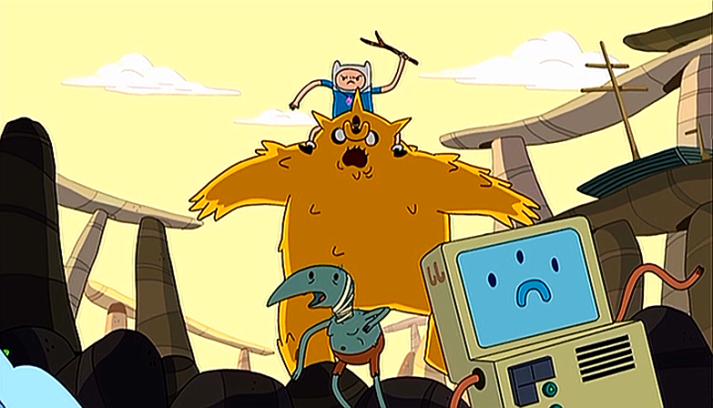 Cinnamon Bun begins to take on a bigger role in the series as of this episode (this is actually this first time he’s referred to as “half-baked”) and he’s admittedly one of the weaker secondary characters in my eyes. He’s very much in the same vein as LSP; works well in small doses, but is really only there to be dimwitted and loud. That being said, his depiction in this episode works greatly with the plot. He’s only on screen for a brief bit, and actually succeeds with his task. I really don’t like characters that are written so stupidly that they drag down the plot and only make situations worse for other characters, so it’s rewarding and somewhat endearing that Finn and Jake’s original distrust in CB had them proven wrong.

This is just simply a charming episode; lovely characterizations of Finn, Jake, PB, among others and all of their quirky flaws that make them so interesting. Not to mention the classic bizarre side characters each episode has to offer, such as the hostile butterfly and JJ the robot (apparently Tom Herpich has some weird fascination with the letter “j”). The Tart Toter himself is beautifully drawn and so well acted that he feels like such a large presence on the show itself, despite it being his only speaking appearance. I love the random details of his design, from the oozing icing in his mouth to the birds quite randomly strapped to his limbs. Of course, I could listen to the Tart Toter’s monologue all day long. It’s a brief 30 seconds of everything that makes Adventure Time so special. 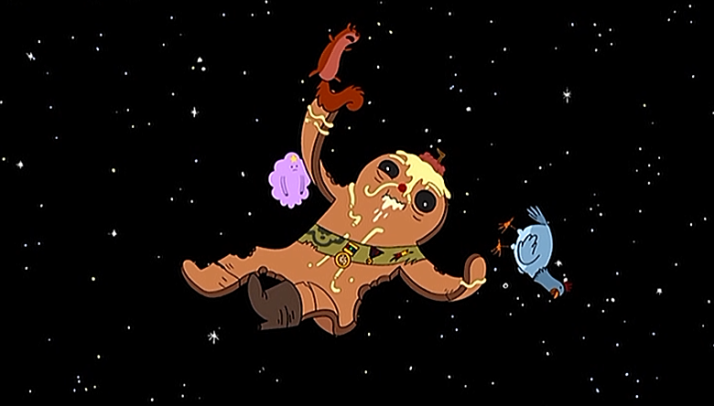