The Light Cloud certainly isn’t the weakest of the Islands bunch, but I think it comes the closest to being problematic. Many fans have previously brought up that they thought Islands was way too rushed, which allegedly shows most predominantly in the last two episodes. I have been pretty satisfied with Islands up to this point, and even in its most “pointless” entries (i.e. Whipple and Imaginary Resources) it still offered rich emotional moments and great character interactions. For the most part, The Light Cloud is the same. It gives us a mostly satisfying conclusion with some really great character interactions between Finn and his mother, Susan and Frieda, and the other AT players. What it suffers from, however, is a somewhat rushed and mildly sloppy conflict revolving around the idea of safety vs. exploration.

Adventure Time usually paints debates in a pretty even way, such as magic vs. science in Wizards Only, Fools or war vs. peace in The Cooler, but I feel like we really haven’t gotten a chance to see a fair angle from the point of view of the humans throughout this miniseries. Through the conclusion of this episode, the humans of Founder’s Island are essentially shown to be naive and undaring in their approach to life, which I think is actually kind of unfair. I personally agree with what Finn has to say about living life through experiencing both pain and happiness, but I think it’s undermining the real possibilities that there are when it comes to the potential dangers that humans could experience once arriving in Ooo. Ooo isn’t exactly the safest place for anyone to live, and the humans themselves don’t really have the benefit of being made of candy to where they can be easily rebuilt. The truth of the matter is that there are real dangers that the humans could run into, considering that they’re nearly extinct to begin with and a large aspect of that has to do with the mutagenic creatures that surrounded them. But I think this real, likely consequence is glanced over in attempt to simply show us how unreasonable Minerva and the other humans are being in their attempts to latch onto the Island.

Minerva is a character that I wish was a lot smarter in her approach to trying to “help” others. I think she has somewhat of a strong point as to why she doesn’t want anyone to leave the island; she lost her son long ago, and the people she cares for have easily become her family over time and she doesn’t want the same to befall them. Despite this, there isn’t really an emotional core to her actions and I feel like she’s dumbed down a tad bit. The episode jokes around with the fact that the Guardian causes more damage than good, and if the writers and characters themselves realize the irony in the Guardian’s creation, then how does the deeply intelligent Minerva not recognize this factor as well? My only excuse for this is that Minnie herself may not all be there… again, it’s been established that Minerva’s experience in uploading her brain map may have left her more robotic than she’d like to admit. In general, I don’t think her actions are necessarily unlikable; as the sole helper on Founder’s Island, she feels that it’s her civic duty to protect the people she has sought out to care for. I just wish it didn’t come at the expense of her common sense.

In addition, I previously agreed with Finn’s sentiment about allowing fear and danger into one’s life, but I’m not really sure it’s his place to decide what’s best for the people of Founder’s Island. He’s one human, raised among Ooo natives, and can’t really speak what’s best for an entire species. Like I said, I feel as though there are unmentioned dangers that clearly should be addressed, but I think the episode is so caught up with its moral that it doesn’t really want to deal with the other side of things. This, out of any episode in the miniseries, probably would’ve benefited from a second part. I just would have really liked to see this conflict fleshed out from both sides to where it felt as if Minerva and the other humans have a legitimate reason for wanting to stay grounded. What the episode is trying to say is “overprotective is counterproductive” but it ends up feeling more like “safety is meaningless” for me, personally.

With all of that aside, most of this episode is enjoyable for what it wanted to do. Though I feel like Finn’s preaching was a little more pushy than I would’ve liked for it to be, I do think it’s a really nice example of his growth overtime. He no longer desires a life where he is constantly in comfort from the bad things that haunt him. Instead, he’s more into the idea of having those problems and working through them with everything that he’s learned and everything that he enjoys doing. I especially love his inclusion of the fact that not only is life good or bad from time to time, but boring as well. It’s just really refreshing to hear life being explained as “boring” for once instead of limiting it to one big, exciting journey. Like Finn said, life is never just one thing. Most of the episode feels like one big love letter to Finn’s adventures in Ooo in general. We’re first treated to a series of flashbacks that help to emphasize the darkness within Finn’s homeland, followed by a sequence that brings light to how Finn manages to get through those darker times by helping and assisting others. I also adore the description of “kingdoms made of candy, beautiful dragons, fire-breathing princesses, incredibly sad wizards.” That could absolutely be on a postcard for Ooo. While I thought Minerva’s actions were a bit hasty at times, I do appreciate how much fun she is in this episode. She isn’t unlikable or harsh in her actions, as she remains upbeat and quirky throughout the entire experience which makes it much more tolerable in the long run. Finn and his mother’s dynamic is quite sweet, despite Finn’s initial objections. I think it is kind of cool to see how defiant Finn is towards his mother. Had this been a couple years earlier, I would bet that Finn would most certainly sacrifice his humanity for Martin. Now, feeling much more confident in who he is and what he wants from life, he isn’t going to listen to just anyone, even if they are his parent. 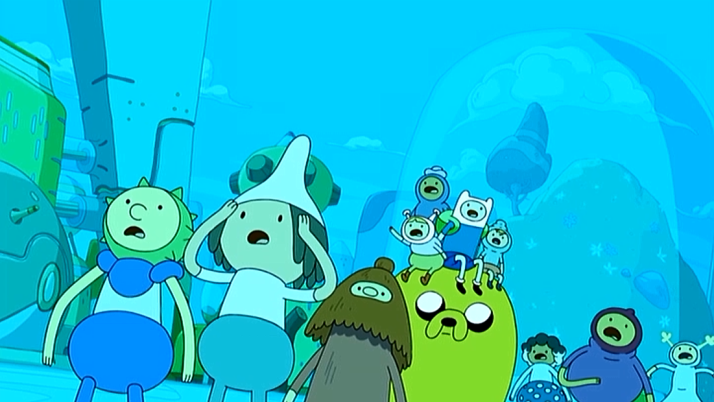 Frieda and Susan come to a resolution, which is also very sweet. Truthfully, I felt like this is another arc that could benefit from a few more moments of focus, namely allowing Frieda to actually release the anger and frustration that she was initially hiding from Kara. It’s pretty interesting to see that not only does rehabilitation change the way hiders view the island, but also how they view emotions and vulnerability in general. It pretty much suppresses every part of a person. Regardless, I do dig the way that Susan’s arc was finally resolved. She gets a happy ending with her friend, but ultimately allows Frieda to make that choice for herself. Susan doesn’t do anything to persuade her, but merely channels the aspects of Frieda’s personality that internalize her to successfully help her friend move forward. It’s a really nice sentiment, and I especially love how Susan ultimately chooses to keep her Ooo name rather than the name she was given. “Kara” represents a girl who was never allowed individuality beyond the system, while “Susan” represents somebody who found her own way, and was able to develop and grow because of it. Islands is definitely the most I’ve ever cared for Susan.

There are a couple more pacing issues within this episode. I like to think that Finn and Jake spent at least a couple weeks or a month on Founder’s Island before leaving, but the way it’s framed, it seems like it’s only been a couple hours. Minerva says to Finn, “you can’t teach a fish to dance overnight,” so does that mean it’s really only been one night? The initial The Light Cloud storyboard included that Finn and Jake had stayed for three months after Finn offered to hang out for a while, which makes it even stranger given the context of the following scenes. I still like to think the boys stayed for a portion of their time, but otherwise, it could’ve used stronger implications. What really drives this one home is the emotional goodbye that Finn bids to his mother via VR. Once more, the elephant in the room is addressed as Finn questions Minerva’s true identity after she uploaded her brain map. He’s left with the unfortunate truth that Minnie herself doesn’t really know, but she at least thinks that she is. For Finn that might just be enough. And for myself, it definitely is.

The Light Cloud parallels The Dark Cloud in showcasing an extreme version of safety as opposed to an extreme version of danger. I only wish that this concept could have been a bit more challenging in its execution. This episode presents a solution without really showing the possible cons and ends up feeling a bit rushed by the end of it. But, like all seven episodes before it, The Light Cloud offers up terrific character moments and satisfying emotional resolutions to make up for it, bringing this miniseries to an (almost) entirely satisfying conclusion.

Thank you for tuning in to my coverage of Islands! The full miniseries review will be out next week, as I prepare to tackle an entirely new miniseries a couple weeks later. This is definitely the most haywire period of reviewing the series in general, but I’m certainly having a lot of fun with it. So, here’s to more great content along the way! 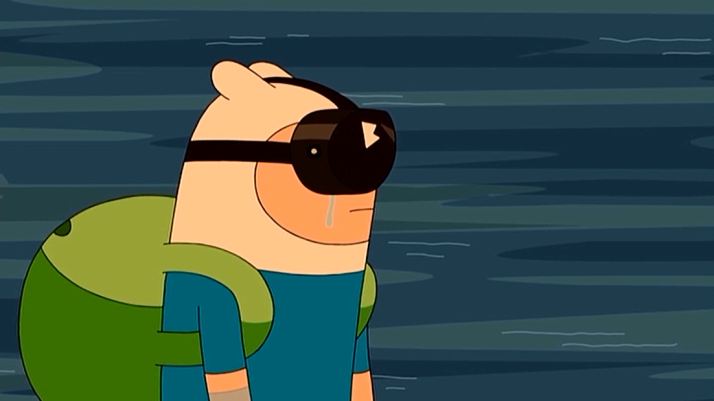 Favorite line: “Hope you didn’t come to get the soup!”