I fell ill last week, so apologies for the lack of a post. Making up for it by double-posting this week, and in addition to that, I’ll have some more free-time next week! I expect to cover at least four to five episodes next week, most likely from James to Rattleballs, and then we’re in the homestretch of season five, folks. For now, Play Date. 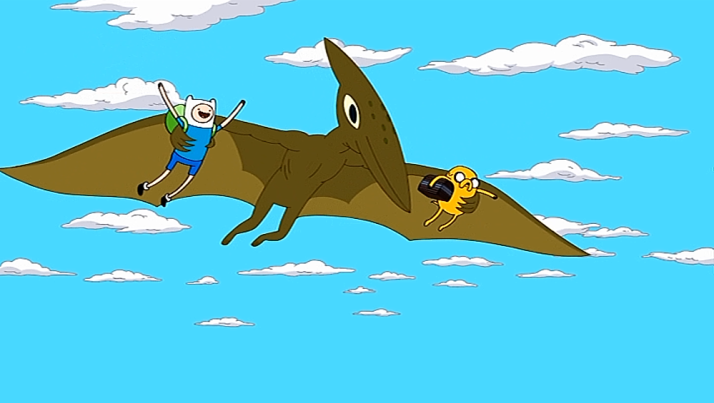 Play Date and The Pit is perhaps the weirdest two parter Adventure Time has ever put out, mostly because they have very little to do with each other aside from Play Date’s climax. Out of the two, however, I think it’s pretty clear that The Pit is the more structured of the two. Play Date has its moments, but ultimately feels like a handful of ideas that never really form into a completely cohesive narrative. Though I’m glad the series did finally take the time to explore a full length episode focusing on Ice King living with the boys, even if it comes out with mixed results.

I think perhaps the strongest part of the episode derives from the first few minutes. Some of the best comedy the show has to offer is how genuinely disgusted and distraught Finn and Jake can respond to the IK’s behavior, such as episodes like Hitman or Still, and the first half is chock full of these moments. Love the bits that emphasize just how annoying and disgusting Ice King is, namely his line “don’t forget the bread!” and the repulsive way he consumes his cereal while wearing nothing but underwear. This leads to some fantastic reactions from Jake, including a hilarious eye-twitch and him actually contemplating murder. On the other hand, however, I do enjoy Finn’s treatment of Ice King in this one. I think the destruction of the Ice Kingdom is a clear point to where Finn began to treat the lunatic with more sympathy and consideration. There’s very few episodes after this where Finn views Ice King as an actual enemy; at most, Finn views him as an annoyance, but even that is toned down a great deal following this one. I think it’s cool to notice these moments of clear development between the two, though it’d be quite sometime before Jake begins to feel the same.

There’s also quite a few nice touches in the beginning sequence as well. I don’t think the gags involving Finn and Jake using hand motions to explain something to each other are particularly funny, but I at least appreciate how it ended up becoming a running gag in later Somvilay-Seo episodes down the line. It begins to feel like a genuine trait of the relationship between the boys rather than just some random nonsense that was included for the sake of being random nonsense. Also, I thought it was quite adorable that Ice King added himself to Finn and Jake’s clock. While we’re on the subject, I actually discovered while writing this post that there is a licensed Finn & Jake clock on Amazon! I’m immediately considering an impulse buy because of how cute and true to the show it actually is.

Though, I think the fun definitely decreases once Abracadaniel’s brought in. I’m very “meh” about Abracadaniel as a character, and I think my problems with him have become more clear as this episode followed We Fixed a Truck. Banana Man and Abracadaniel are similar in their wimpy tendencies, though I think Banana Man is clearly the better character. Banana Man has a defined character through the exploration of his loneliness, forming him into a lovable dork. Abracadaniel, on the other hand, doesn’t really have a defined character. He’s just kind of weird and quirky, but doesn’t really have any charismatic attributes that actually make me care for him. Also, isn’t it weird that he’s just totally fine with hanging out with Finn and Jake? Shouldn’t he still hate them for being part of the reason he ended up in jail in Wizards Only, Fools?

Thus, the scenes that follow with Abracadaniel and Ice King’s friendship are just… okay. Not really bad or even boring, but just nothing particularly noteworthy or entertaining. I think the episode comes to an absolute halt, however, when Abracadaniel and Ice King put on a show for the boys. It isn’t really funny and doesn’t add anything to the story at all, making it feel like somewhat of a waste of time. I think the point of the scene is to show how Abracadaniel is beginning to overstay his welcome as well, but it really doesn’t help that Finn and Jake hold the same blank face throughout the entire scene. Like, I get that Finn is pretty cool and is willing to accept that Abracadaniel is too afraid to leave the Treehouse, but why is Jake so okay with this? Wasn’t he the one who was prepared to kill Ice King earlier because of his annoying tendencies? I think this is where the source of this episode’s main issue derives from: it quickly changes perspective from Finn and Jake’s to Ice King and Abracadaniel’s. Throughout the first half of the episode, we’re seeing everything mostly through F&J’s eyes, where the second half mostly focuses on Abracadaniel and Ice King’s side of things. And it’s unfortunate, because Finn and Jake reacting to the Ice King’s obscene behavior was arguably more interesting than Ice King and Abracadaniel’s shenanigans. It’s disappointing that the main conflict of the episode was dropped so quickly when Abracadaniel was introduced, yet there were so many more comedic possibilities that could have came from his arrival that were used for some less than satisfactory moments.

Things do pick up in entertainment value once Ice King and Abracadaniel discover the Demon Blood Sword, even if it feels like a disconnect from the entirety of the episode. I will say that I’m glad a moment like this was included to make the episode more memorable, though I feel like it’s somewhat of a copout. It’s like how In Your Footsteps was somewhat uninteresting throughout, yet that one moment was included at the end so the Lich could gain possession of the Enchiridion. I’m not quite sure how I feel about moments like this, because they definitely make the episode they’re featured in more compelling, though sometimes I feel like they’re trying to justify overall mediocrity. But I digress, the moments with Ice King and Abracadaniel in the basement are definitely entertaining. There’s a big eerie feeling surrounding it, as if Ice King is showing Abracadaniel his father’s AR-15 rifle or something of the sorts. As Kee-Oth is reintroduced, and Finn and Jake enter the scene, I do feel like some of these moments were a bit rushed, though it works in such a way that I feel isn’t distracting. Similar to the episode Betty, which we’ll come across shortly, I feel like so much is happening at once that it doesn’t really give me time to think about it. Finn contemplates not breaking the sword, Finn breaks the sword, Kee-Oth regains his blood, Kee-Oth captures Jake, Ice King mentions that his home is rebuilt and he and Abracadaniel leave. All of this occurs in the course of a minute, but it’s done so in an invigorating way and never really lets the energy fizzle out until the very last second.

A lot of people were pissed with a couple moments towards the end, mainly regarding Finn breaking the sword and Ice King’s behavior. Finn breaking the Demon Blood Sword quickly without a ton of hesitation is upsetting, considering how cool the actual sword is, but I think it’s fitting regarding Finn’s character. Despite how he feels about his awesome sword, and his father too, Finn is willing to smash something so important to him for the sake of the lives of two losers he doesn’t even really like that much. Really just goes to show what a caring person he is, especially considering the immoral things he has done in the past handful of episodes. As for Ice King quickly fleeing the scene after using Finn and Jake for weeks and being responsible for the destruction for Finn’s sword, I respond with “come on.” We all know Ice King is crazy and that he’s incredibly selfish, and there really isn’t anything changing that as long as the crown has possession of his brain. Again, Ice King is simply at his healthiest when he has people who mutually care for him, though he will never be able to completely get past his own insanity and irrational thinking. This felt like classic Ice King, even if it was incredibly jerky of him.

So yeah, this episode is a bit all over the place, but it does have its redeeming qualities. Again, I think The Pit is clearly the better episode and more plot-focused overall, but this episode at least managed to have some memorable moments. It just so happens that about half of it is mixed with mediocrity. But, I’m willing to take an episode filled with some moments of greatness rather than a fully dull episode like Box Prince. And though the epic follow-up that Play Date had suggested by its final scene ended up being mostly comedic and stress free, it still leads to a promising and enjoyable sequel. 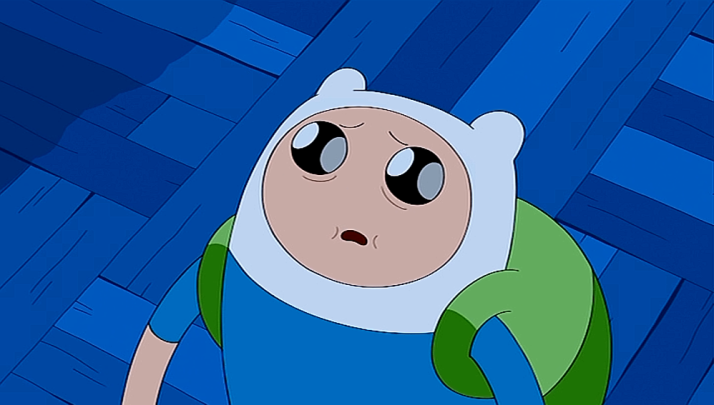 Favorite line: “Someone’s at the door. We have a doorbell now. We’ll get it.”