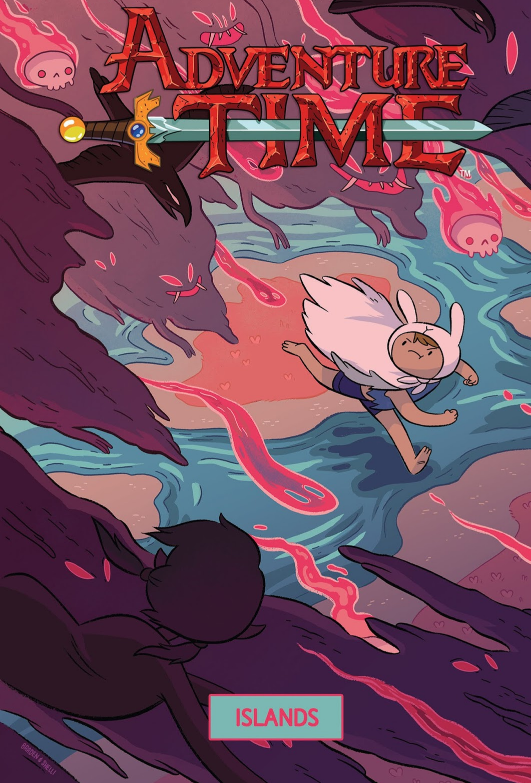 Islands serves as a precursor to the miniseries of the same name, but to be honest, there isn’t a ton within the book that actually makes it necessary to read for contextual reasons. The Islands miniseries still makes complete sense without it, and there really isn’t anything within the graphic novel that couldn’t already be presumed through miniseries itself. Regardless, as a standalone story, it’s pretty solid and does a great job at hammering in the theme of safety vs. fulfillment. In fact, I think it even executes this motif better in some areas than the miniseries accomplishes.

For y’all who haven’t read it, the book primarily centers around Jo, the bunny-hatted girl who was first seen during Stakes. Jo is constantly afraid of her surroundings, and after a near death experience, her fellow humans (including Two Bread Tom) struggle to ensure the safety of their well-being. Things do change when the human tribe comes across an entirely different human tribe, of whom have no issues dealing with vampires on their island. Regardless, they aren’t completely free of mutants, as Jo is kidnapped by a giant bird and taken far from her familiar surroundings. Jo is initially paralyzed by fear, but is able to get by through imagining what Marceline would do in any given situation. Jo is able to see the world for what it really is by exploring, and discovers that it isn’t as dangerous as she once thought it to be. Upon finally returning home, Jo discovers that Two Bread Tom and the other humans had built a giant robotic being, called the Guardian, to protect anything that would threaten their lives on the island. Jo rebels against the idea as she sees it an interference to living life properly, and leaves her tribe behind, along with her protective hat.

First off, I really like Jo’s role as the hero. It’s interesting to see how much her fear paralyzes her not because of her experiences, but likely because of the adults around her instilling it naturally. What bothered me about the way The Light Cloud panned out is that Finn, who has no previous knowledge or understanding of the economy of Founder’s Island, tries to persuade the citizens that their way of thinking is wrong. Here, it’s much more warranted that someone within the community is the one to decide that their way of living is bogus, only after experiencing the delights and pleasures of the outside world. 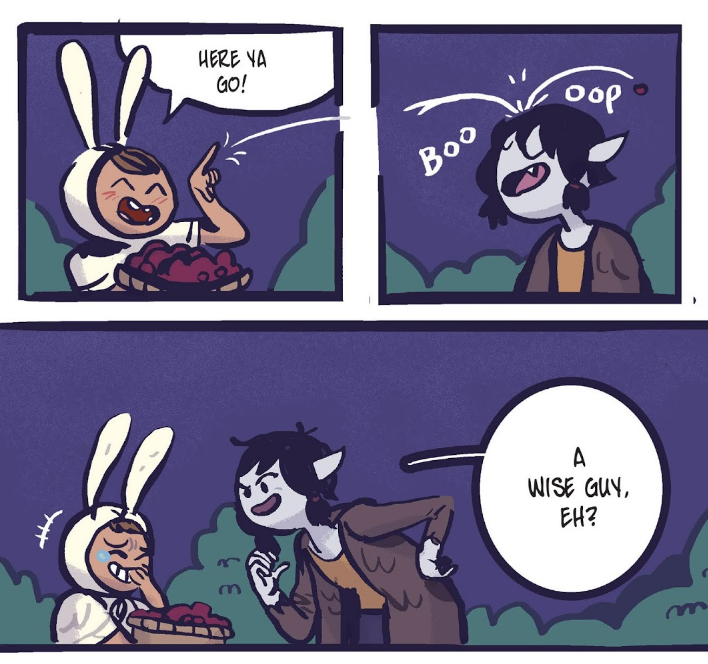 What I do like about this setup up is the other humans are clearly not presented as stupid or manipulative in their approach to life. Two Bread Tom in particular gets a lot of focus, an is portrayed as a charismatic, yet overbearing anti-hero. He acts irrationally at times and perhaps sacrifices too much when it comes to the well-being of his people, but as I’ve said several times during my Islands review, can you blame ‘im? People look to him as a leader and an influence for the preservation of their entire species, and their methods of survival in general seem increasingly difficult. That’s why he feels the needs to take such precaution, even though he is inadvertently deteriorating the integrity of his fellow humans as a whole. After all, he mentions the tribe as “helpless” without Marceline, even though Marceline really just started out as a normal chick who vowed to defeat vampires for a living. It also makes me wonder – what happened to Marceline after the Vampire King bit her? Did she distance herself from the humans in a sense of shame and defeat, or did the humans themselves become distant in a state of fear that she would turn on them? Both theories are super interesting, and I’d be willing to believe either.

Ashly Burch, who is a story editor for Adventure Time, wrote this novel. I’m all for different writers and illustrators working with the comics and novels, but it feels especially special when someone from the actual staff has a part in producing a piece in the expanded universe. Such has happened before with Luke Pearson, Emily Partridge, and Kent Osborne. The novel was illustrated by Diigii Daguna, who has created artwork for Adventure Time comics and books prior. Daguna’s art work is simple, yet lovable. The action itself isn’t presented in a particularly compelling way, but the simple colors and cute facial expressions give Islands an irresistible identity. There’s a couple technical errors, like some of the word bubbles look particularly wonky, and an extended series of panels features Jo wrapping herself in a sleeping bag, only to show her up and about in the very next scene. It doesn’t really seem like any passage of time had passed either.

Regardless of those small issues, Islands is a delightful treat that offers a bit of lore and delicious drama to foreshadow the events of Islands. As far as graphic novels and comics go for Adventure Time, it’s one of the better ones. Right up there with Playing with Fire and Beginning of the End. 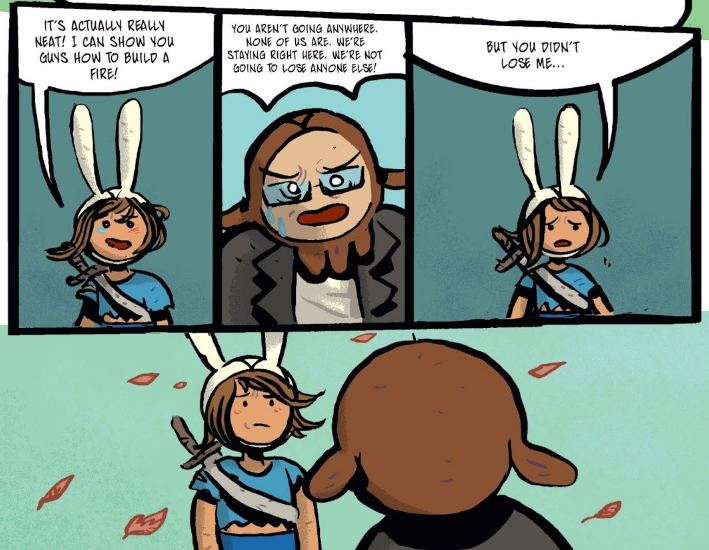