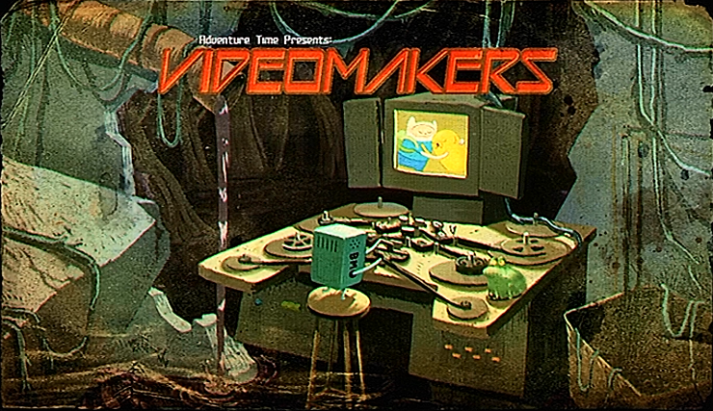 Pendleton Ward mentions in the commentary of this episode that he hates pitting Finn and Jake against each other. Simple reason: it’s just not fun. I completely concur with this notion, as with pretty much any series, watching two characters bicker for a majority episode just simply isn’t enjoyable or interesting enough to watch. Finn and Jake have a very close relationship, which means they’re prone to fight every now and then and get into disagreements. I personally think the episode Who Would Win? did a pretty decent job of that while still keeping the episode fun and enjoyable. How does this episode fare? Well, let’s check it out. 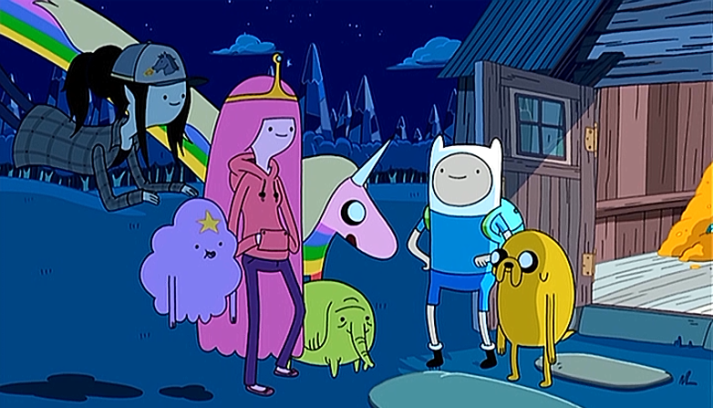 It’s interesting to note that this is actually the first time the Great Mushroom War gets named dropped, and it’s done so in a relatively humorous way. I really like how seriously Finn and Jake take the Federal Warning, and it works perfectly as a conflict driver. I like how the literal apocalypse can be used for such a simple plot point like this one.

The scenes that follow are pretty humorous. I like that this is an episode that really uses most of the main and recurring AT characters to its advantage, and even giving some others a bit more screentime. For instance, this is really the first time Mr. Cupcake gets a chance to shine, and one of the first he’s pitted against Jake. Jake’s jealousy of him is pretty enjoyable, and I love how this is actually the start of a long term rivalry between the two of them. In addition, Shelby, one of my favorite side characters, gets some well deserved spotlight in this episode. Shelby’s general snarky attitude and diverse personality from the rest of the mostly optimistic AT characters is actually pretty refreshing, and the “check pleeeeease” line is definitely something I’ve considered putting on my graduation cap on more than one occasion. There’s also some other little fun gags at the beginning, like Finn’s magic cup that pours everyone’s preferred juice and oh-my-god-whatever-the-fuck PB was drinking. I seriously don’t know what to make of that. 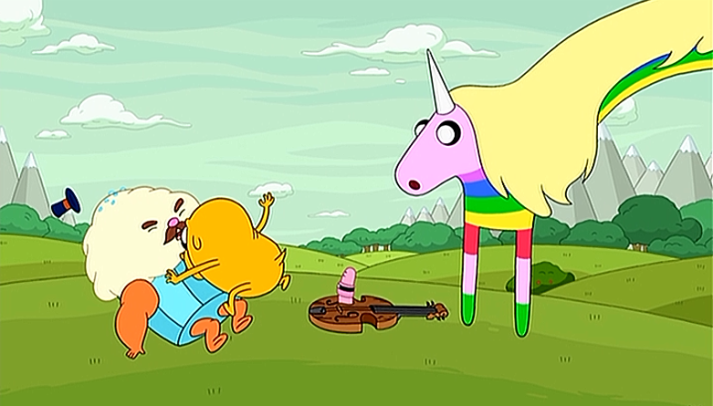 Aside from that, there’s simply not much to this one for me. Finn and Jake’s bitching at each other is tiresome, and it’s a bit ridiculously over-the-top for them to be angry at each other for such a dumb reason as picking a genre for their movie. I think it would’ve been way more interesting if they just went with the “two characters try to make a movie and it turns out terribly” plot, but instead they choose and obvious route that brings down the entire episode. It’s a shame really, because had they chose the former, they were headed in the right direction. There’s some other funny scenes like the one where Slime Princess jumps right into the crocodile pit and when Finn attempts to make it look like PB is riding the frog chariot, and if they just stuck with those ideas in mind, I think it would’ve turned out a much better product. Luckily BMO’s song (written by David C. Smith) is sweet enough to end the episode on a very endearing note, but otherwise, it’s a pretty weak entry from the second season. 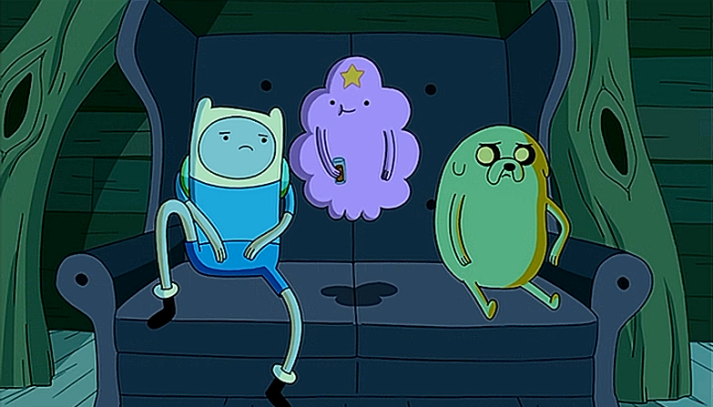