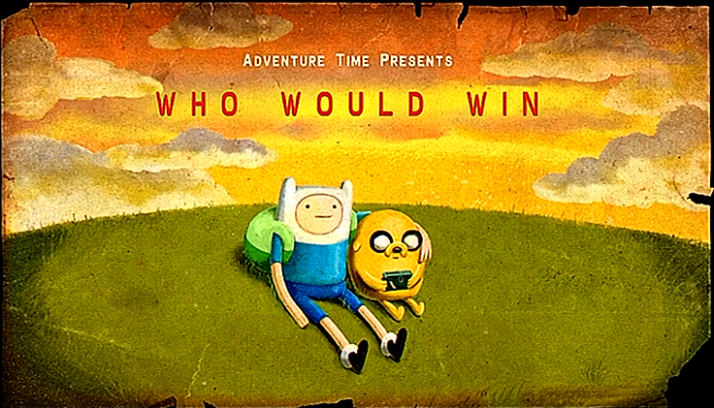 Many moons ago, I reviewed Video Makers and was pretty vocal about my general distaste for the type of story they were going for. Jake and Finn fighting with each other, in most cases, just isn’t very fun to watch. They’re best friends and brothers, and that doesn’t mean that they need to be kissing each other’s asses all the time, but anytime their bickering and disdain for each other is used as a focal point in the main conflict, it just doesn’t work for me. It kind of feels forced and melodramatic if we’re supposed to believe their main issue is with each other, rather than the main opponents who typically face them. It is, however, realistic to portray them having differing desires and wanting different things from each other, which Video Makers did do, but again, not in an entirely enjoyable way. Here, I think it’s much more fun to watch. Where this episode doesn’t have an especially strong story, it makes up for with some pretty great slapstick and a very enjoyable physical battle between the two boys. 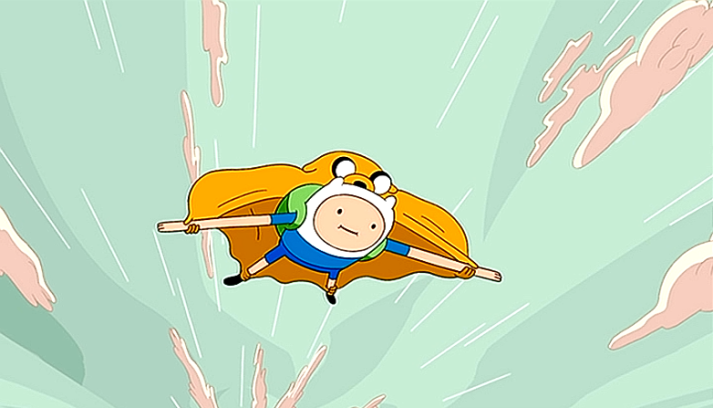 I love, love, LOVE the beginning of this one. Finn and Jake just hanging out, enjoying each other’s company, and allowing some time to themselves. Finn acknowledges that it’s nice to have bro-time for once, and after a long season of exhausting drama regarding Hunson Abadeer, Ricardio, Princess Bubblegum, and Flame Princess, it is nice that the two take the time to get away from it all. The music, the visuals, and the dialogue between the two just really make this an entirely adorable scene. Also, on a more personal note, rewatching these episodes and taking note of who boarded what is really making my brain hypersensitive to detail. Like, I actually noticed that the first five or so drawings were done by Herpich, despite not being credited for the storyboard overall. These reviews are doing things to me, man.

The scenes that follow are pretty fun, as a bunch of different warriors (who look very similar to the Marauders; wonder why they didn’t just bring them back) face off against “The Farm.” The Farm is a delightfully designed anti-hero, with droopy limbs, a blank facial expression, and great voicework from Tom Gammill. There’s also “The Train” voiced by Dana Snyder. The design of The Train is just so ludicrous I can’t help but not enjoy it, especially how his mouth scrunches up every time he forms an “o” sound. There’s also a bit of unintentional subtle lore here, as The Train mentions his “friend” who can give him a new pair of bionic legs. In addition to all the warriors who have bionic limbs and attachments, I would guarantee that he’s speaking of Dr. Gross, which totally wasn’t intended as I mentioned, but it works as a bit of nuanced foreshadowing for the eventual reveal. Always fun to piece together bits and chunks of this show. 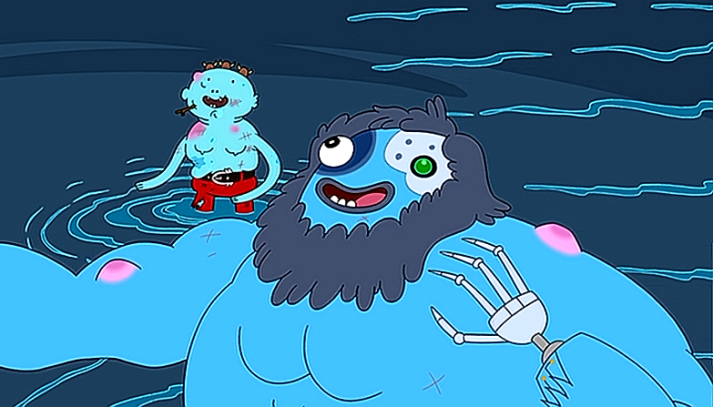 I like the dynamic they put Finn and Jake in especially in this one. Both are being rather selfish, though for justified reasons. Finn only wants Jake to do what he wants to do, but it’s only because Jake offered to so in the first place, presumably because Jake didn’t want to let his brother down. Yet, Jake shouldn’t have agreed to do something he didn’t want to do, and should’ve emphasized his affinity for Kompy’s Kastle. This is where the battle ensues, and it’s very much my favorite part of the episode. The line that starts it off is actually particularly sweet: “I’m gonna break every bone in your body, then heal you later with that magical goo we got from the Cyclops’ eye!” suggesting that, while Jake is clearly pissed off at Finn, he would never actually want to put his best friend through any lasting harm. The way the fight is portrayed, I think it can be clear that this has all happened before to some extent. Jake’s exclaiming, “no bities!” leaves me to believe this did happened at least a couple of times when they were children, though as Jake got older, as well as Finn, it really hasn’t happened in recent years. What we’re treated to is some delicious slapstick from this point on: Jake growing dozens of legs just to repeatedly kick Finn in the face, Finn spitting an entire fucking dollop of saliva into Jake’s face, and Jake repeatedly hitting his own face and rump by accident. It takes up a large chunk of the remainder of the episode, but stays thoroughly entertaining and humorous throughout. I always die laughing whenever The Farm abruptly squats on both Finn and Jake and then disposes barn animals all over them. That’s always pretty priceless to me.

Once we’re introduced to the Dream Warrior, however,  I think the episode kind of reaches a bit of a halt. I think it’s all pretty obvious from hereon in: the advice that the Dream Warrior gave was all nonsensical, yet subtle advice that Finn and Jake had to use to defeat the farm, and Finn and Jake would finally team up and be able to work together. None of it’s done badly, of course, but it’s quite dissonant from the first half and never quite lives up to what it started out with. I also don’t know why Jake comes out as the one on the bottom by the end; sure, he compromises and enjoys the victory with Finn, but I wanna see Jake kicking ass in some Kompy’s Kastle too! Didn’t seem fair to the little yellow guy. In addition to this, the Dream Warrior himself isn’t that remarkable or noteworthy, besides the fact that he’s voiced by Matthew Broderick (what an unusual role for a guest celebrity) and I just don’t feel like there’s anything that unique or funny about the sensei-type advice he gives the boys. It’s just somewhat of a simplistic resolution for an episode that’s already pretty lowkey on its own.

I do enjoy this one, though. I don’t think it’s anything great, but it does handle the conflicting side of Finn and Jake’s relationship a lot better than an episode like Video Makers did. It uses the appropriate differences between the brothers and turns it into a fun, fight-filled romp. It’s not especially strong in story, but after coming off the heels of the past three or four episodes, it doesn’t need to be. A smaller, lighter episode after some heavy inner and outer drama is always warranted. Always nice to see an episode focusing on the relationship between our two main boiz. 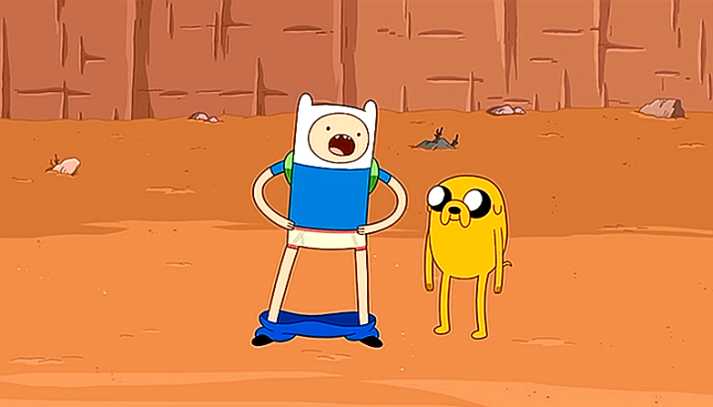